Touch the Peak – Part 1 . Dear friends,Welcome to all my website in the name of kalaicharal.com. “Touch the Peak’’ – It is my e-book, In this book it can be categorized into 7 parts. Part  I & II highlighted , “My Speech and Know Thyself”. The following headings are focused  in my e-book. Self-Awareness, Mind and it’s incomparable Power, Alpha- Meditation, Power of Word, Create a Goal!, Dream!, Feeling Gratitude

In connection with this book My Speech 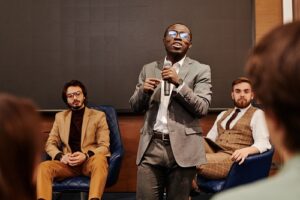 Do you wish to touch the peak of success? If this question is asked to you, from the depths of your soul, the immediate resounding would be a confirmation “YES”. Each one of us strives to lead a fertile, healthy, prosperous and happy life, so, human beings take several steps to succeed in life, but that becomes possible only to very few people.

Under these circumstances, some people could not reach the success of Himalayas’ despite of the several steps they take towards success. Who is to be blamed? If others could not touch the peaks of success despite of so many strenuous efforts they take? Touch the Peak – Part 1

Is this the fault of the creator or the parents who brought us up ? or Is that the mistake of the social set up or the leaders of the country? Who is responsible for our inability to touch the peaks of success? If we fail to succeed, we must understand that we are responsible for our failures.

Have we ever thought or researched about our self talents? Who am I? Why was I born into this world? What is the purpose of my birth? Have you ever tried to contact with your deep soul and inquired on these questions of your mind?

Before taking any further steps to succeed in life, take some time to read this book entirely and understand the tips and clues for a successful life. We can definitely reach the goals of success, for which must adopt the diamond lines of the Poet Kannadasan, as

If you want to know yourself, you must know about the mind and its nature, and by knowing the power of the deep mind, we must understand, who am I? Why was I born into this world? Only if we find the answers for such questions we would be able to reach the peaks of success.

What do you mean by knowing thyself? How do I know myself? How to meditate and cultivate our mind? How does mindfulness help us to reach our goal? What is the power and use of imagination? What is the power of gratitude? Let us find the answers to all these questions and walk towards the peak of success in our life.

The human mind has unimaginable powers,it has the ability to bring about remarkable changes in the life of people. These changes can be either positive or negative, depending upon the cultivated thoughts and the determination of our minds. Marvelous developments could be inculcated in our life through a systematic enhancement of a healthy and efficient mind of our own. Touch the Peak – Part 1

A proper understanding and training of the human mind are inevitable for possessing success in life. Human personality and its psychosis act as the major characteristic feature that is used to induce success in life.

In order to modify our behavior and bring positive changes, it is essential to learn about oneself and realist that the root cause of pain, failure and hopelessness lies within our life. This book is specially designed for all those who love their life and have a desire to succeed in their lives.

It gives me immense pleasure to translate this motivational book “Touching the Peaks: A Psychological……” which is originally written by Mr Bellarmin in Tamil.

It has been widely appreciated and warmly acknowledged by readers of various professions. It is used to understand the functioning of our mind and unwrap the truths about ourselves and the path towards success, as success and to be successful is the most desired wish of all human beings. 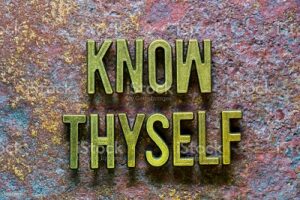 A king decides to marry his daughter, according to their tradition the father began to choose a son-in-law, who was brave and self-confident. The king announces a peculiar completion. The day of competition also came. Many efficient men with strong physical structure came together.

The match was announced. The competition is to push open that powerful and very difficult door at the entrance of the castle with the right hand in a single attempt itself.

One will be given only one chance. The King informed that, “I will marry my daughter to the person who pushes the door open in a single attempt, and I will give the Kingdom and crown him king”. It was also stipulated that the right hand of the person embracing defeat in the match would be cut off.

These rules were a disappointment to the young men who had gathered. Winning a match is not a bar, it’s okay if the soil and woman are not available, but that could not compensate for the loss of their hand.Touch the Peak – Part 1

The announcement that his right hand would be cut off if he did not win caused a stir among them. Everyone began to retreat. At that time, one young man thought that “If I loose I will be loosing only one arm and I can very well exist with the other hand, but if I won I can possess both the land and the women”.

With this honest thought, he decides to participate in the competition. His friends who came with him mocked him as crazy. In spite of all those discouragements, he came next to the door of competition. He coordinates all his might together and pushed the castle door. It was a mysterious time where the crowd was waiting to see his right hand to be cut off.

What a surprise? THE DOOR OPENED, yes the door was not locked. What then? He got everything and became the king of that country. What do you understand from this story? In this universe, the doors of opportunity always remain open. Everything is possible for those who know themselves and understands their talents well.

In the above story, the young man was aware of his strengths and he believed that if he tries and succeeds despite the negative shouts that you can’t. Each man has the potential of a University.

He has all the life skills hidden within himself. Most of the times we ourselves do not realize our abilities. For example, consider that you have an ability to sing well and whenever you appear on the stage, you make sure that you get the price. Think how did you get this ability to sing?

Once you could have got an opportunity to sing, even with hesitation, you used that opportunity reluctantly. Later, it became a habit and you win whenever you compete. Now you have decided that you only have the talent to sing. But all the talents like speech, dance, writing are sleeping within you. The truth is that you are not trying to expose them out.

Shall I prove it?  Consider that you are getting a new opportunity. That means, a race takes place in your town, you have to reach the distance of 2 km in 5 minutes. Winners will receive a cash prize. Now, what is your state of mind? You would think that you can not run or you think that,

“I can not even cover a distance of 1 km in 5 minutes”. Thus you have already imprinted in your subconscious mind that you cannot. So you will retreat from the match. But now, I am going to prove that, within yourself, you have the ability to run.Touch the Peak – Part 1

That too is not 2 kilometres in 5 minutes! I’m going to prove you can pass in just 2 minutes. Imagine for a second that you were chased by a snake or an elephant. Will you continue the flow by combining the power to save your life? or Will you stand still?  You will run not just 2 kilometres but you will you run even farther than that? How did you manage to run 2 kilometres so fast that you could not run in 5 minutes? Where did this power come from?

Was it within you? Didn’t you realize you could run now too? This is just a small example to know your self. Those who are well aware of themselves and their talents, always keep trying, even if obstacles appear in front of their eyes, they may not consider it as obstacles.