This is the 5th post. It contains messages related to the power of the word. Our life is determined by the words that come out of our mouths or minds. We will find such ideas in this section. touch-the-peak-part-5

The Power of the World 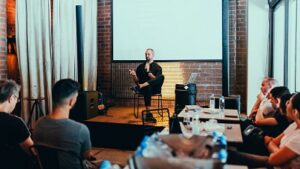 Repeat the words “I can accomplish anything”. Swami Vivekananda has said that even snake venom becomes powerless if you have a determined attitude. The very words we use are responsible for the goods and bads that we experience in our lives. Yes … the word has a very close connection to our lives. A word that is once said is just a word, but it becomes magical after saying it over and over again.

The cultivator’s vow is “Yakawarainum nakakka kavakkal sokappar chollilukka pattu“. That means, “One must restrain one’s tongue no matter what one cannot defend. Otherwise what he says will cause him suffering”. So words cause man to live and fall. As Valluvar has written “ennia ullavaga innatha kurall, kani irukka kaikavarthattu”. That is, “Saying harsh words when there are sweet words is like plucking fruits when there are fruits”.

Are you constantly throwing out harsh words despite the opportunities to speak encouraging words? How many husbands know that the husband’s words of commendation give his wife the encouragement to cook better? A story explains of a teacher’s encouraging word, “You can …” resides behind the success story of a student,  that is the power of the word. One had been suffering from a very serious illness for a long time. 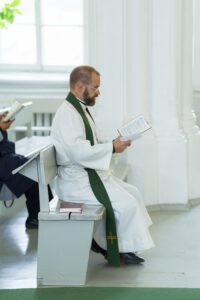 One day a priest came to his house to see him. The patient was found to be very tired, with a withered body. Seeing this, the clergyman prayed fervently for him, saying that we would all pray to the Lord for him. His friends and relatives who were there began to pray to God with him. Then the religious guru looks at the victim and informs that by the grace of the Lord you will surely get well.

So many people  has joined with me in praying to the Lord for you and your body will definitely get better. There was an atheist in that crowd. When he heard what the religious guru said, he started laughing. Will mere words go and heal him? Or does mere words going to make the change? He said and laughed at them. To which the religious guru said that you are the biggest fool, the idiot, the rogue in this crowd.

When he hears this, he immediately  got angry and out of fury he shouted, “apologizes for what you said immediately, otherwise I would beat you”. That religious guru who is not nervous, but explained the words, a fool, an idot, and rogue are just words! But, they have changed you like this! Did you think, How did this happen? That said, good words can make a big difference, just like how these words can inspire you. He bowed his head in shame. Do you understand now? The powers of the word.!

I hope you could have felt the power of words through the above section. So the words we speak become our life. So we must be very careful while speaking. Imagine as if, you have a close friend who is with you during your growth and decline. You do nothing without knowing him no matter what. Nor does he do anything without your knowledge. Suddenly one day your friend gets angry for not understanding you on a trivial matter.

In the controversy that ensued, you were a real traitor. I deserve this for trusting you and this is not enough I want more. From today onwards you should not look in my face. He also scolds at the height of his anger, that, “Instead of leading a life like this, you may go and buy an inch of rope and hang youself to death,”.

In this manner he uses his hard words upon you to schold you. How would you feel for this behavior? Won’t  those damn words hurt your feelings so badly and take you to the peak of despair? Will the debts caused by those words would easily leave you? Did you see the wound caused by those words ! what is the solution for this ? “Yes” the same words that is used for hurting can be used for recovery also.

The friend who hurt you in this situation meets you after understanding or realising that the mistake was made by him. He comes to you and informs that, I miss understood you, but I want to clear all those mistakes I have done. Out of anger and fury I made this mistake I was in a hurry I could have been a little more patients talking to you about this matter. I would like to get back those words that  I have spoken. Forgive me, now this becomes a kind of surrender to you.  How do you feel right now ? think about it.

It is the same person who spoke  both the kinds of words. One kind of word broke your heart but at the same time, the next kind of word had clink to the  broken heart. Consider that the person whom you know have been affected by serious illness and bedridden. So let us consider that you go to him and speak words like don’t be afraid you will definitely get cure from this disease. Think a little, will he believe you? No,  I don’t think so.

Your words may maybe comforting to him but he will not believe you because you are not a doctor. At the same time if a doctor visits him and if he says that you will get well soon then the patient will believe it immediately. Certain developed countries have  strange habits. For example, while they are visiting a patient they would say comforting words of hope such as, “I wish you a speedy recovery” and “I pray to the lord that you will be healed soon”. Then these words will get into the minds of the patient and that would make a positive change.

At the same time, some people when they visit a sick person they would quote some incident that could have happened in their place or that is known to them which could have resulted in the death of the sick person. They would also say that last week only my uncle also died because of the same disease.  When a sick person listens to such a kind of a conversation what will happen?

What would it be like for a patient to hear this, who is anticipating for a speedy recovery. These words would make his condition worse. So understand the greatness of the words, negative words are dangerous. Hence examine yourself and find out how many people could have been hurt by your words. How many people could have gained or got life through your words? Think and act.

Be careful with words 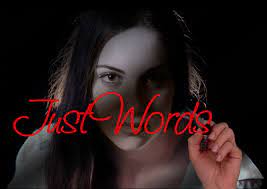 Not only this, but also we must be very careful in the words that we speak within our shelves. We communicate with our self through our emotions. Those silent words are often negative. For example, people with problems such as economic burden, illness, and relationship problems, always think about their problem. They think my debt have increased.  I have no way to repay the debt.

I and my family are getting more and more sick. Whenever he looks at me begins a fight. We often utter words like this within ourselves and share it with others. When you keep on speaking like this your problem will not come to an end. At the same time, our mind will understand that this is what you want and it will try to increase your problems.

In contradiction to these negative thoughts, we must think positive thoughts like, I am fine, I am happy, my family is in good health, I have sufficient income to satisfy my needs, and I maintain good relationship with everybody. By practicing these words of positive vibration, you can easily touch the peaks of Himalayas. Do not forget words rule us.